To follow up on my previous post on mindfulness, I will further discuss the role of mindfulness in my own work.

My primary interest is in making prints that reflect my experiences while rewarding repeated viewing and exploration.

The experiences that I'm exploring are largely based on an awareness (not an understanding, really) that our reality is based on information and, maybe, energy. Quantum theory attempts to explain this: http://www.pbs.org/wgbh/nova/blogs/physics/2014/04/is-information-fundamental/

Try digging in to the philosophical implications of quantum theory. A good shortcut is to google “quantum woo”. Then there is quantum consciousness...

I use mindfulness as a means of finding examples of information/energy in my surroundings.

One thing to bear in mind is that mindfulness is not necessarily a woo-woo approach to finding images. Check out this article on sensory gating: https://www.psychologytoday.com/blog/finding-butterfly/201501/creativity-and-sensory-gating

I haven't gone deeply into researching the issue, but I wouldn't be surprised if it turned out that mindfulness is to some extent a way of modifying our sensory gating process.

I'm happy to admit that in part as a result of a dandy near-death experience in 2011 there is a certain woo-woo element in my internal workings. It doesn't really matter as there is no major conflict, in this situation, in my tiny mind, between my own woo-woo and science.

That being said, when I photograph I usually seek subjects that express the information/energy underlying reality. I find that natural subjects work well because they have elements of both chaos and order. These are readily observable in forests, where vegetation changes slowly, and in rock forms, which change even more slowly. The dynamic tension between order and chaos is evocative of the energy contained in matter. The structure of my pictures, from the overall composition to the smallest details, is intended to depict in a very limited way the complexity of the information that glues things together.

I participate in mindfulness, or whatever you want to call it, in sensing my surroundings at a level of detail that is too complex for me to observe and integrate consciously. That is particularly valuable in capturing some slight sense of the complexity of the information that makes our reality. In my little woo-woo cosmology, I sense that the pictures are offered to me, rather than being my intellect-driven creation.

If after the initial seeing I do everything properly, I come up with pictures that can be lived with. 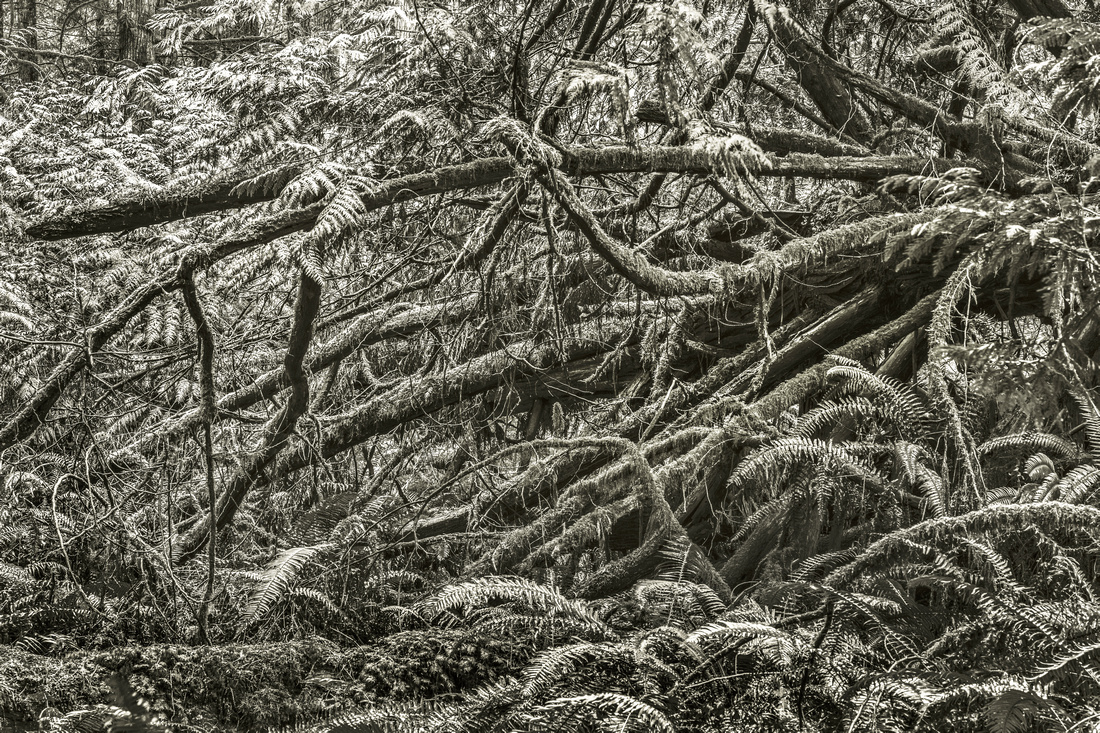